About Us > How we have helped so far > Ray

Ray was born in Tottenham in 1949. He signed up to the Royal Navy when he was 17 years old, and worked on many ships, including HMS Ganges, HMS Eagle, HMS Excellent, HMS Ark Royal, HMS Blake, HMS Mohawk and HMS Vernon. Ray worked as a Gunnery Instructor and Deep Sea Diver, and was Chief Petty Officer by the time he was discharged from the Navy in 1980.

Ray met his wife, Judith, in Plymouth, where he was stationed at the time. They had two children and his daughter, Jacqueline, was born in Mauritius when Ray was stationed on HMS Mauritius.

Ray explained that the Navy appealed to him because of the travel. He said, “It was obviously very hard being away from the family, but I got to see the world.” Ray loved being in the Navy and his family believe that he’d still be there now if he could!

Ray was always intrepid and one of his friends from HMS Mauritius described him as a “daredevil – the bravest man I’ve ever met in the Navy.”

Jacqueline remembers growing up on the naval bases, living with other families that were waiting for their fathers to return, after long periods away: “Dad travelled around the world, and we stayed home either in Plymouth or Portsmouth, waiting for him to come home. I remember going to a party on HMS Mohawk as a little girl, to welcome the sailors home. They always had welcome home parties, put banners up everywhere, street parties – it was amazing for us children to be a part of all this.”

Sadly, Ray had to be discharged from the Navy following an accident. He was on a dive, and got trapped under water with limited oxygen for six minutes. He had to be rescued, and unfortunately when they got to him it was too late, and the lack of oxygen had affected his brain. This left Ray with very limited movement in his limbs and he is unable to walk and cannot talk properly.

Ray needs specialist care and rehabilitation and fortunately his family found out about Care for Veterans and having visited, they knew it was the perfect place for Ray to be. “It is so important for Dad to live with other veterans. He loves being around people who have had similar experiences to him,” Jacqueline explains.

Living close by in Portsmouth means the family can visit Ray regularly. They even get to take him out: “We took Dad to see the arrival of the Queen Elizabeth aircraft carrier into Portsmouth, which he loved. And we’ve recently been to Brighton Sea Life Centre; as Dad used to be a Deep Sea Diver, he has swum with stingrays and turtles, so he loved seeing all the different sea life.”

Jacqueline says that the facilities here are just what her Dad needs. He has regular physiotherapy sessions to help maintain his mobility, which is really important. Ray also goes to the Social and Recreation department a lot and takes part in the activities, as he likes to make things. He also really enjoys seeing the military band at our annual Summer Fayre, and Care for Veterans is close to the beach, so he gets to see the sea a lot.

Jacqueline said: “The nurses are really good, a lovely bunch. We couldn’t be without Care for Veterans. Dad’s in such safe hands here so we don’t have to worry.”

Ray’s Armed Forces legacy lives on as one of his granddaughters joined the Army, inspired by her Grandad. 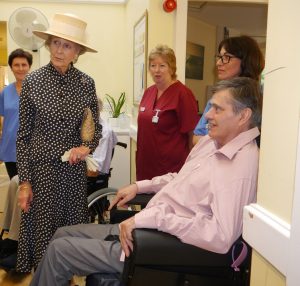 Read about others we have helped so far 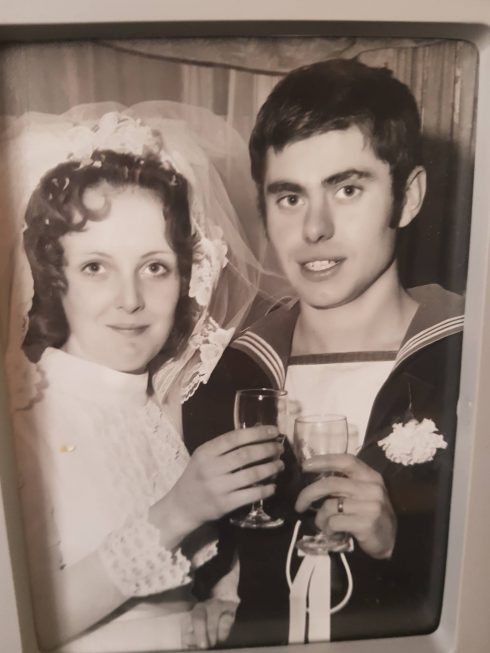 Ray and his wife, Judith

Keep up to date

There’s always lots going on at Care for Veterans – see a full list of our forthcoming events here – but the best way to keep in touch is by receiving our newsletter, available via email or post.