This November, a Care for Veterans supporter in Hertfordshire ran 11 miles in memory of her uncle, who was lost at sea during World War II aged just 20.

Ros, 68, took on the ‘Race for Remembrance’ virtual challenge to commemorate the sacrifice of those who served in our armed forces and help fund services for physically disabled ex-Service personnel.

She took part in memory of her uncle, Eric Thomas, who was one of 148 crew members who died when their ship was torpedoed during World War II.

Ros has shared her story of the uncle she never got to meet and how an act of kindness by a stranger enabled her family to get to know him better.

“My mother never told us very much about what happened to her younger brother Eric. We had a few family photos, and some letters of condolence from 1943, but very little information. So, it was a great surprise when, in 2016, I received a call from a lady living in a house in Palmers Green previously owned by my grandparents. She told me that during some building work she had found a box in the attic which contained letters, photos and a pilot’s logbook belonging to Eric. She had gone to great lengths to find out what had happened to Eric and to trace his family and return these precious documents.

Eric was a student at the National Institute for Engineering in Holborn when he joined the Middlesex Home Guard with his father, who himself had fought in WWI. In February 1942, aged only 18, Eric left to join the Royal Navy in the Fleet Air Arm. He began flying lessons in a Tiger Moth, leading to his first solo flight in October. In November that year, he travelled by boat to America, where he had his last flying lesson in a Harvard, the next step for a trainee pilot. However, Eric did not become a pilot – letters were heavily censored, so we still don’t know the reason. Instead, he moved on to Canada, where, as an ‘Ordinary Seaman’ he joined HMS Beverley, a Clemson-class destroyer built in 1920. It was part of the Mid Ocean Escort Force, protecting merchant ships carrying vital supplies from Canada to the British Isles.

On 9th April 1943, while escorting Convoy ON 176, the Beverley collided with the steamship Cairnvolona in bad weather and had her anti-submarine and degaussing gear put out of action. She moved to the back of the convoy. Two days later, on 11th April 1943 at 5.49am she was torpedoed by German submarine, U-188, southwest of Iceland. Only four of the ships’ complement of 152 crew members survived in the freezing conditions. The Beverley was the only ship to be sunk on this occasion.

Eric was one of the crew who died at sea, aged just 20. We are so grateful to have his letters and feel that we now have an insight into his optimistic, happy personality and that we have got to know the man who would have been our uncle. I did my Race for Remembrance in his memory.”

All proceeds from Race for Remembrance will go towards helping Care for Veterans provide care and rehabilitation to physically disabled veterans.

To find out more about Race for Remembrance and other events in aid of Care for Veterans, go to www.careforveterans.org.uk/events. 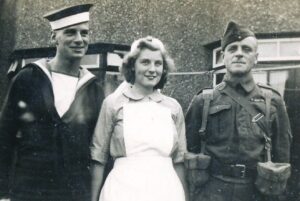 Eric with his sister, a Red Cross nurse, and father who was in the Home Guard. 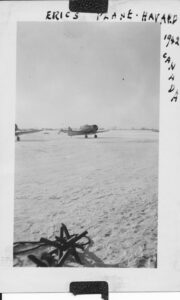 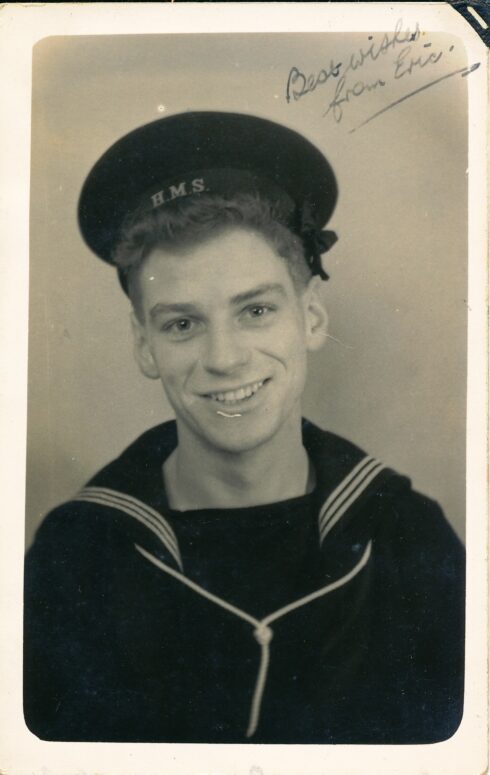