Serving in WWII with the Glorious Glo’sters

In loving memory of William ‘Bill’ Bennett. A WWII veteran and resident, Bill shared his memories of his time with the Glorious Gloucesters before he sadly passed away in April, age 95.

Born in Tuffley, Gloucester, Bill was called up in June 1944 aged just 17. He initially joined the RAF then transferred to the Army in the August.

Bill was in one of the first boats that landed in Normandy, staying there six days to capture Caen before moving on to rescue British paratroopers who were stuck in Arnhem.

A quote giving his account of the ‘Liberation of Arnhem’ appeared in Gloucester Citizen on 17 April 1945, said: “This was my first big attack. I had quite a lot to find out. I crossed in a buffalo while our guns put down a very heavy barrage. I shall always remember how our boys were singing away during the river crossing, just as though it was an ordinary job. I thought it would be worse than it turned out to be. My worst moment was when German soldiers opened up at us from a hundred yards range with automatic weapons.”

After the successful campaign at Arnhem, the regiment moved onwards towards Berlin with the primary goal of rescuing Prisoners of War from Auschwitz. The war was nearly over, but the enemy was still trying to win and blew up dykes to flood the coast where Bill and his comrades were positioned.

They found themselves surrounded by German troops and water from the North Sea for four days before being rescued by Canadian troops.

Of 1,001 men who went out there, only 35 returned. Bill thought of himself as incredibly lucky and found it hard to talk about what he witnessed.

His daughter Carole, who is a resident at Care for Veterans, said: “He is proud of his medals, but he never feels he wants to wear them because it makes him think of the others. Bill added: “If you’ve been with the Royal Glo’sters, then it’s too many bad memories. A lot of good men lost.”

A keen sportsman, after the war, Bill competed at the 1st World Athletics Championships in Hamburg, where he ran one mile in 3 minutes 59.4 seconds. Roger Bannister would achieve the same time only two days later in England. Bill would have beaten him to the world record if a sporting official had been present.

Talking about how life at Care for Veterans, Bill said: “There’s always something to do; you could be making a cake or doing a puzzle. The other day the carers took me along the seafront for an ice cream, and I had two flakes. It’s like a big family here, you can’t beat ‘em.” 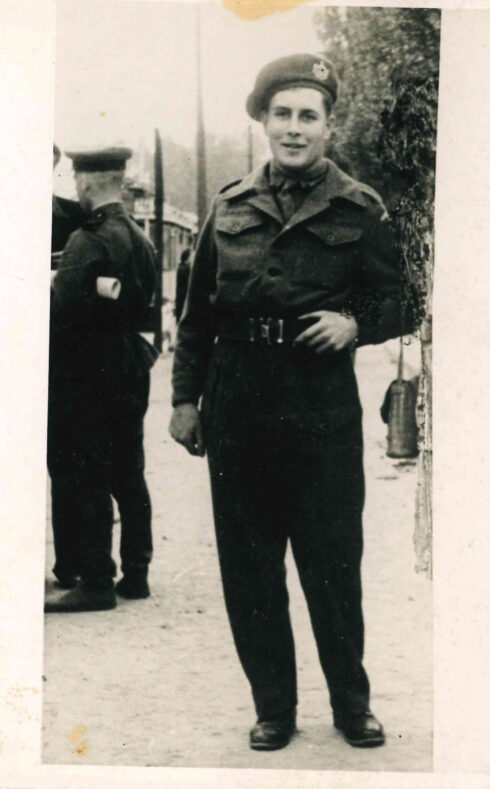