About Us > Charity Ambassadors > Rachel Haith

Rachel served for 17 years in the RAF, spending five years as a Weapons Controller (FC), working mostly in underground bunkers at RAF Boulmer and RAF Neatishead, and spent the following 12 years in the Logistics Branch. Her service included tours in the Falklands and Middle East, and she played on the RAF Netball Squad for a number of years.

Always keen to give back where she could, she was often involved in fundraising, served her local community as a Parish Councillor, volunteered with RAFA and was regularly found supporting the fabric of RAF life through membership of various committees.

The common thread throughout Rachel’s career has always been helping people, and that theme has continued in her post-RAF career as a Life Coach, Speaker and Health & Wellbeing Advocate, working under the umbrella of her own business, the Inspired Life Group. Rachel still finds time to contribute to the RAF Reserves locally, at RAF College Cranwell, and her husband also serves in the RAF.

Rachel is honoured to be an Ambassador for Care For Veterans, enabling her to support the valuable work they do within the Forces family. 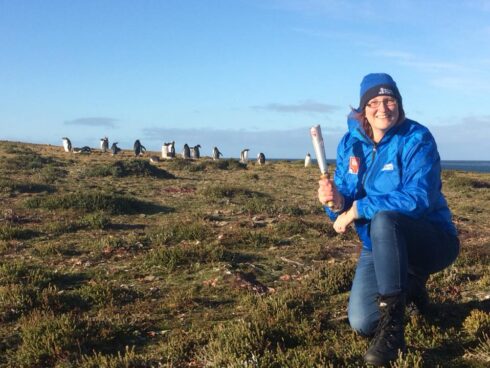