About Us > How we have helped so far > Larry

Former Senior Aircraftman, Larry, served in the RAF during the late 1960s. In 2007, he suffered a very serious brain injury following a fall down a flight of stairs, and was left in a critical condition, ventilated and intubated in intensive care. After a spell in King’s College London Hospital, he was transferred to Care for Veterans in 2008.

Because of his Acquired Brain Injury, Larry is unable to walk and is very dependent on the nursing and care staff at Care for Veterans. The multidisciplinary care, which he has received since his admission, has been tailored over the years to give him the very best quality of life possible. His mobility and independence have been greatly improved with the help of Care for Veterans’s Occupational Therapists and on-site wheelchair clinic.

You can usually find Larry drawing and painting in the Social and Recreation department, and is often seen making his way around in his powered wheelchair. 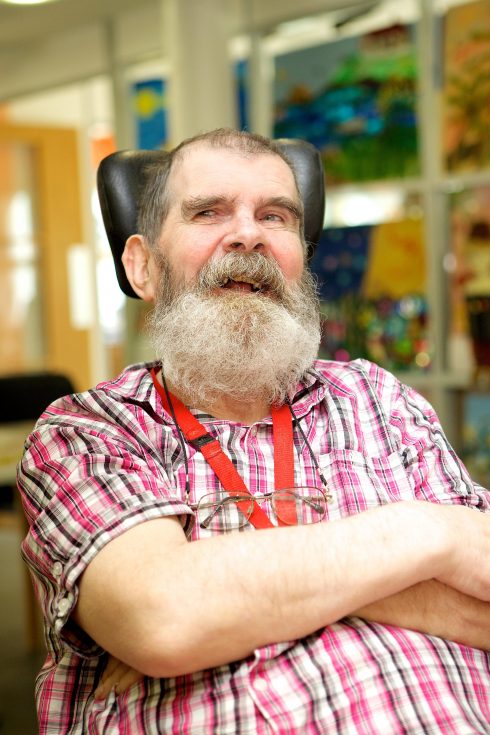